The Oxford Writers Group have been established for over twenty years. In 2006 they decided to publish The Sixpenny Debt, an anthology of short stories, all set in Oxford, using their own publishing name, OxPens. The project was initially a memoir to their writing, and they had no idea how commercially successful it was going to be. Since then they have published four more that have been equally successful. All are superb, eye-catching productions with the cover illustrations provided by the generosity of Valerie Petts, the renowned Oxford water colourist. All five books are in constant high demand in bookshops and libraries.

‘We have loved selling the previous Oxford Writers’ collections – ‘The Sixpenny Debt’ and ‘The Lost College’. Our breath is bated in anticipation of this next volume – jump in and enjoy

‘We couldn’t possibly have imagined its immense popularity – it became the biggest non-discounted seller in the whole shop in 2007.’ 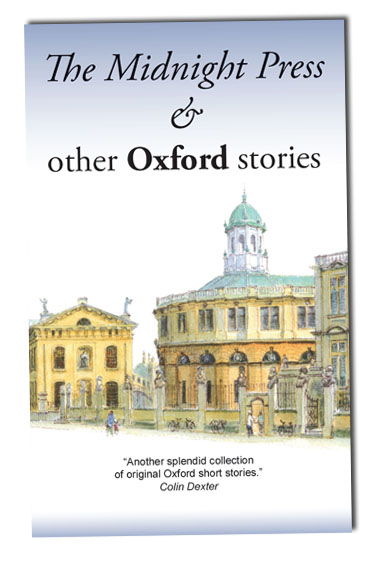 This is an amusing collection of fifteen short stories set in Oxford. The best of the stories is the title one, ‘The Sixpenny Debt’ by Jane Stemp, which combines a sympathetic and engaging hero with an intriguing historical setting, and has a satisfying heart and depth. In this story the plot and the characters outweigh the interest of the setting, and move through the Oxford of the Commonwealth confidently and with no trace of the arch self-consciousness that mars some of the other stories.

Six of the stories are preoccupied with murder – always, interestingly, from the point of view of the murderer – of which the best is the delightful ‘Word Games’ by Mary Cavanagh, where Oxford is incidental to the story. Three have historical settings, and two are fantastical, in particular the frankly bizarre ‘The Tortoises of Turl Street’ by Linora Lawrence. They range from the misty woods at Wytham to the grimy terraces of East Oxford, via the tow-path. Surprisingly few deal with the University or its members, though Charles Dodgson makes an appearance in the beautifully restrained and richly suggestive ‘Cross Purposes’ by Lorna Pearson.

There are enough gems in there to make it a worthwhile addition to the library of the smallest room, and at least three writers I would like to read more of. 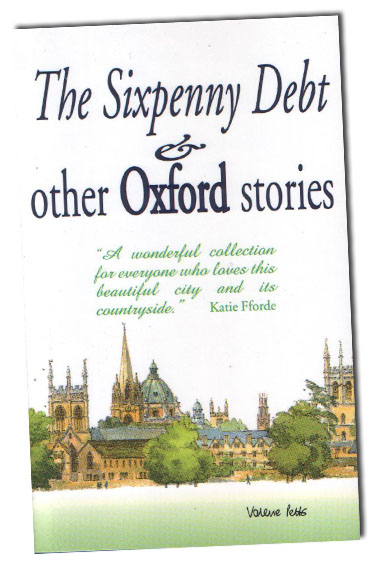 This is a third paperback collection of short stories from the hard-working Oxford Writers group, published by local firm OxPens. Each of the fifteen stories is set in, or close to, Oxford – ‘town’, ‘gown’ or countryside. Most take place in the present day, but there are a couple of well-researched historical tales, one of them, The Stunner From Holywell, by Mary Cavanagh, featuring an ingenious art scam, taking the reader back in time to1857.

The title story, ‘The Bodleian Murders’, by Linora Lawrence throws a distinctly unpleasant light on the behaviour of the university’s most distinguished librarians; its author herself worked as a librarian. Let’s hope she was not writing from experience! Several other stories involve violent death, including the burning (as a heretic) of Archbishop Cranmer in Broad Street. By contrast, ‘A Perfectly Marvellous View’, by Rosie Orr, is a present-day tale in which a wronged wife brings about the death of her faithless husband by stuffing him with rich food and making him climb the 127 steps of St. Mary’s church tower in the High Street.

Other stories include variations on the theme of dysfunctional families, romance sometimes found, sometimes lost, sometimes bitter-sweet, and a satirical look at the world of the cultural festival. Perhaps no reader is going to enjoy every story equally but at £7.99 (with part of the price going to Oxford Homeless Pathways), there is surely something for everyone. I thought this book hard to beat for summer reading, whether on beach, patio, airport lounge or even the top deck of the bus. 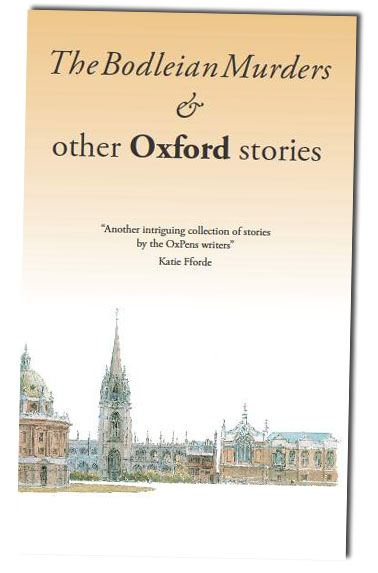